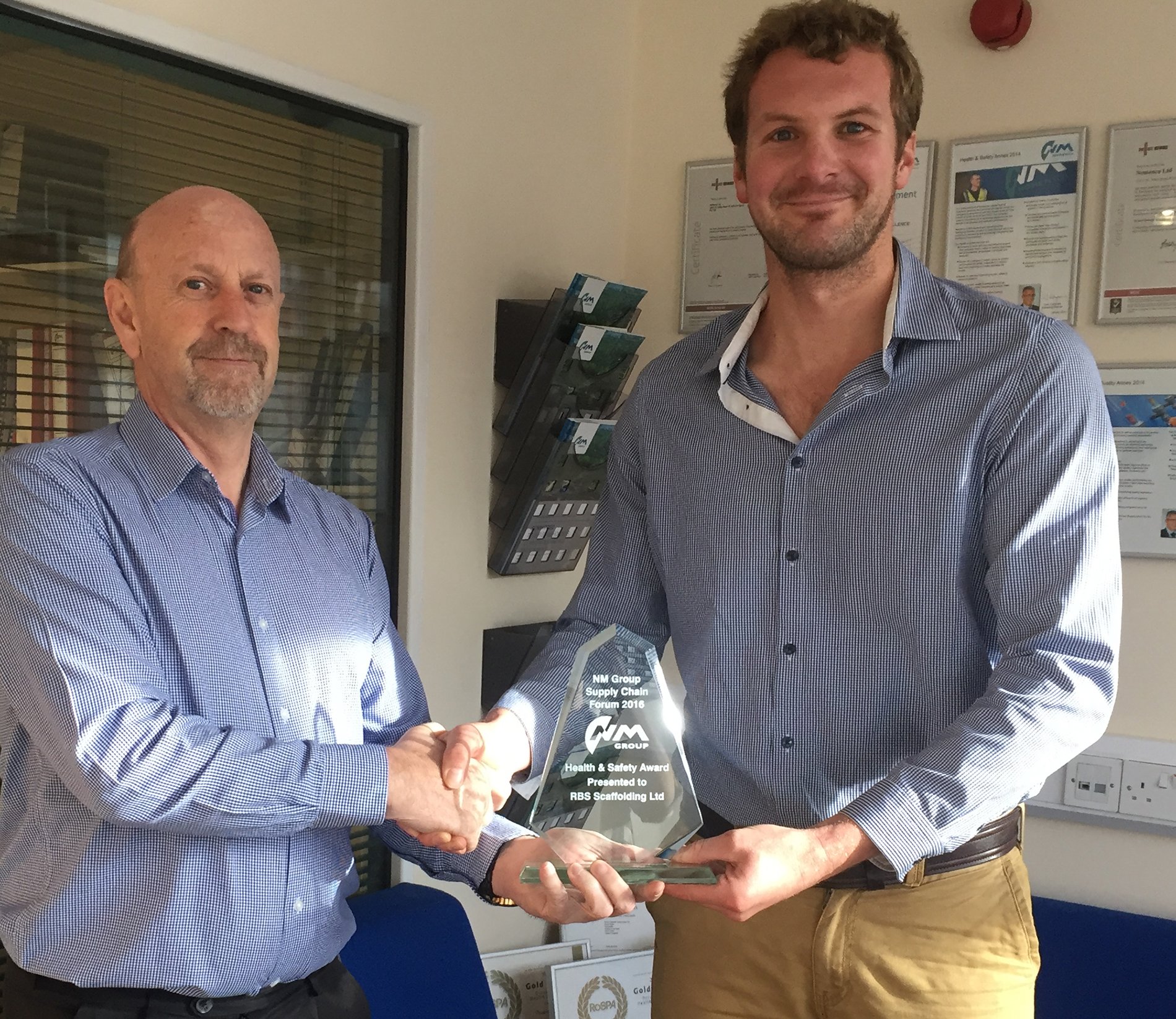 RBS has recently won H&S award from Nomenca here is what Jon Hadley of Nomenca had to say.

“The above is a photo of Richard from Reliable British Scaffolder. He has recently won a H&S award from Nomenca for his work at Taunton. Richard offered an alternative method to carry out works within a confined space which greatly reduced the time on site and hence the cost of the works.”

Let RBS take the headache out of your building project